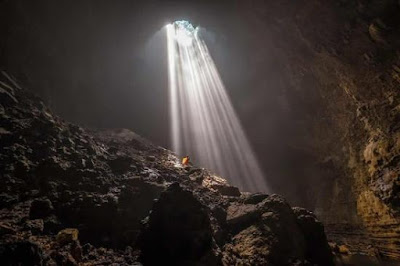 2017 has been, by almost every measure, a dismal season for the Toronto Blue Jays. The team began the season with its worst start in the 40 year history of the Blue Jays (and that included some pretty horrible expansion years back in the latter half of the 1970s), and following a brief flirtation with mediocrity in May (the team got to one game of the .500 mark, but never was able to even its record), have settled into the bottom of the American League's eastern division.

Following two consecutive years where Toronto reached the American League championship series (flaming out both times, 4-2 against Kansas City, and 4-1 versus Cleveland, respectively), the team now is pretty close to unwatchable - the GM mortgaged much of the future in each year trying to add expensive rental players like David Price.

In contemporary baseball, teams not named "Red Sox" or "Yankees" with the cash on hand that these big-money teams enjoy, need to take advantage of the rare opportunities to go for championships when they present themselves. Prior to 2015, the Blue Jays not only had not made the playoffs, but had not finished within 10 games of a playoff spot since 1993. Competing in a division with teams that have the money to spend, and as important, the will to spend it, makes competition tough. So, one cannot really blame the management for going for it.

Following the binge, however, is the inevitable hangover, and the Blue Jays now find themselves with a roster of has-beens and never-weres. Toronto has one of the oldest lineups in the league, and field a team with pretty much no exciting young talent. Jose Bautista, the Norma Desmond of the SkyDome, is 37 years old, hitting .218 on an $18MM salary. The catching corps have a combined batting average of .386 - and that is achieved by adding together the averages of Russell Martin, Luke Maile, and Miguel Montero.

Today is the 'trade deadline,' where GM Mark Shapiro faces the inevitable day of reckoning, and Toronto this year are "sellers", but without much of value on the shelves. As of right now, they've unloaded Francisco Liriano, a somewhat heavy, 33 year old lefthander whose career record is 102-98. Not much one can command with options like that.

Yesterday is perhaps the highlight of the season. The Blue Jays went to the 9th inning against an almost equally shabby California Angels team (the Angels are a bit better at 51-55 than Toronto, who are 49-56, but not much) down 10-4. It look like another sweep.

Lo and behold, the misfit toys managed a seven-run rally, including a two-out, walk-off grand slam by Steve Pearce. The six run deficit was the largest that the Blue Jays had ever overcome in the ninth inning of a game. Quite a shock.

Reminded me of better times - in June 1989, the Jays entered the seventh inning of a game in Boston, down 10-0. At the time, Toronto was ten games under .500, far back in the standings as well.

Aging catcher Ernie Whitt (the last of the original Blue Jays of 1977), swatted a grand slam of his own to top the comeback.

The video is here of Whitt - his swing has to be seen to be believed.
The Jays went on in extra innings to beat Boston 13-11, and eventually roared back from the AL East cellar to capture the pennant with a comeback win against Baltimore on the second to last day of the season (Frank "Whoosh" Wills picked up the win in relief), rallying for three runs in the last of the eighth to clinch, 4-3 over the Birds.

Every season - even a lost one like this - needs a moment.