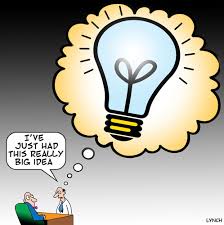 We spent our recent summer holidays in Maui, which given that I live in Paris, France, means a LONG flight.  Maui is twelve hours separated from France by time zone, and a few more hours than that separated by plane.  That of course leaves a lot of time to fill, which I accomplished by, in no particular order, sleeping, eating, and watching movies.

I am now caught up, by the way, on Season Five of "The Walking Dead," which "n'est plus disponible en France."

Enjoyed "The Lego Movie" (recommended by my nine year old) very much as well.

One of the real revelations, however, was the television series "Silicon Valley."  It, like TWD, is not available in France unless one is willing to set up a somewhat clandestine VPN and then connect to somewhat more clandestine servers.

Quickly, the show is about the travails of a small group of young guys living, supposedly, in Palo Alto, California.  They live and work in an "incubator" run by a scruffy, obnoxious "angel" investor, played by T.J. Miller, who, it is implied, somewhat lucked into a fortune by creating a selling a company in the eponymous region.  "Silicon Valley" was created by Mike Judge, most famous for "Beavis and Butthead" and "King of the Hill," but who prior to these successes wrote the screenplay for the cult classic "Office Space." This film similarly parodies life in the tilt-up world.

Having worked for many years in the Valley - seven of those in a proto-typical start-up - the show is nearly pitch-perfect for life in and out of the 'office.'  The socially awkward techies, the rapacious investors, the ridiculous business pitches.  I left the area several years ago, but if the show is to be believed, it seems that not much has changed.

I was thinking of "Silicon Valley" this week after I read a couple of articles.  One is an interview with Peter Thiel; Thiel is the founder of PayPal and a somewhat quixotic character in the Valley.  He made some noise a while back when he pledged to fund - called "20 Under 20" -  a handful of young adults who would agree to quit college and start companies.  His premise is that higher education in the US is something of a con game, where smart, ambitious young people are lured into large debt to obtain somewhat useless degrees and even more useless educations unnecessary for real success.  The programme caused a bit of a stir, with then Harvard president Lawrence Summers calling it "(t)he single most misdirected philanthropy in this decade."  Not sure the ultimate outcome of the situation, but given the way Summers's actions running the economy of the period ended up, my money is on Thiel.

In the article, Thiel bemoans the lack of real progress in the hard sciences over the past half century, especially in areas of medicine, energy research, transport, and other areas with acute need.  Thiel coined what has become called "the tech stagnation thesis," by which somewhat dubious "technological advances" are masking a real stagnation in actual advancement.  Twitter is the unfortunate target of much of Thiel's venom, and indeed, the tag line for his current VC firm is pretty direct:

A more succinct condemnation is beyond my abilities as a writer, but the point is obvious.  The more noise that is being made about advances, the less profound they are becoming.

Put simply, Silicon Valley seems to have run out of big ideas.

As Thiel sees it, there are serious, perhaps existential, problems confronting at the least the US economy. Everyone is aware of issues of inequality; most acknowledge the problems of climate change.  Our top brains are not focusing on any of these issues, instead looking for the next way to slickly package an "app" for the phone to amuse the masses.  Thiel is putting his money where his mouth is, funding a venture called "Breakout Labs" that support on 'hard' tech startups - barring specifically any social media, websites, or communication technologies.

I'm guessing that "Yo Dot Com" is not on the list.

Oddly, the character on "Silicon Valley" based on Thiel - Peter Gordon - is a sort of strange, somewhat mystic idiot savant who stares at Burger King's menu for hours before taking a decision to invest in sesame seeds (the episode has to be seen to be appreciated).

Another article, shared on (ironically) Facebook by a friend addressed similar themes.  Entitled "The Unexotic Underclass," and written by an analyst at MIT, the piece takes a very scathing look at what is on offer out in the Silicon Valley these days.  She likens the rush to find the next hot "app" to the near total mis-allocation of top brains to Wall Street back in the 1990s, where brilliant minds were used to create ever-more exotic financial "products" of dubious value rather than to look for medical break-throughs, or address challenges in physics or chemistry.

(O)ne of the biggest inefficiencies plaguing  the startup scene right now (is) the flood of smart, ambitious young people desperate to be entrepreneurs; and the embarrassingly idea-starved landscape where too many smart people are chasing too many dumb ideas, because they have none of their own

CJ Nnaemeka, the author of the piece, goes on to state that

(c)osmopolitan, well-educated young men and women in America’s big cities are rushing into startups and building for other cosmopolitan well-educated young men and women in big cities.  If you need to plan a trip, book a last minute hotel room , get your nails done, find a date, get laid, get an expert shave, hail a cab, buy clothing, borrow clothing, customize clothing, and share the photos instantly, you have Hipmunk, HotelTonight, Manicube, OKCupid, Grindr, Harry’s, Uber, StyleSeek, Rent the Runway, eshakti/Proper Cloth and Instagram respectively to help you. These companies are good, with solid brains behind them, good teams and good funding.

But there are only so many suit customisation, makeup sampling, music streaming, social eating, discount shopping, experience  curating companies that the market can bear.


It's a devastating analysis of what is really going on in Silicon Valley, and in my opinion, pretty spot-on.  The current tech world represents a tremendous mis-match of talent and vision.  Top minds from our top schools are working on churning out the next pointless, solipsistic apps to solve imaginary first-world problems.  Or, more to the point, rushing to cash in before the most recent bubble bursts.

The situation reached (almost) self-parody with the funding of Yo, a "company" whose product allows users to send the two-character message to their friends' phones.  The Forbes story sums it up pretty nicely in saying that


The hallmark of a bubble about to burst is a heightening in mania right before it all hits the fan. Say, for example, investors driving through Silicon Valley throwing bags of money out of a car window and watching penniless entrepreneurs scramble for cash to fund their do-nothing app.


I suspect that there are not literally men driving around the Valley tossing bags of cash out the windows of their Teslas, but it's not far off, I would bet.  Smart men, such as Marc Andreesen (the founder of Netscape) defend the exuberance around Yo in somewhat aetherial terms that I admit I cannot follow.

I now work in medical research; the products are real.  The problems are difficult.  My company is, in terms of the Valley, a dinosaur, and its stock is not 'sexy.'  We are not likely to be the subject of a television show.  Not a flattering one at the least.  A company producing medical products is unlikely to make someone a millionaire (billionaire) overnight.

It seems a bit odd to say, but the more actual value a product has, the less perceived value it commands.

It's also to a degree ironic that much, if not most, of the action here takes place in California.  In days gone by, the Golden State was synonymous with Hollywood, another place where illusion is to a degree, reality.  In the canonical Hollywood movie "Sunset Boulevard," the main character, Norma Desmond, bemoans that she is still big, it's the pictures that got small.

Silicon Valley used to be about technology.  Back in the day, that meant Robert Noyce and William Shockley and the IC.  Over time, the region was transmogrified to include less science and more software - Netscape and Google and Andreesen and Sergey Brin.

Now, when one speaks of tech, one is generally speaking more about clever marketing and the repackaging of old ideas in slick, new formats.  Shockley, a Nobel laureate, is replaced by laughing boys who spend more time arguing about the importance of being seen at things like "Burning Man" than on developing tools.

Hollywood creates the illusion of romance, or adventure, or thrills.  We pay our money, but we know we are engaging in fantasy.

Silicon Valley these days is creating an illusion of progress - talk of "disruption" is common.  But the revolutions often are no more realistic than the idea that Brad Pitt is a special opps agent with a sideline in WHO anti-epidemic training.

The problem as I see it is this.  Researching cancer treatments, or alternative fuels, or new polymers requires answering hard questions.  The problems are cut-out for you, the needs are real, and no amount of slick marketing can overcome them.  Creating "apps" is the opposite problem.  Here, the need itself needs to be manufactured, with the 'solution' often existing first.

Can any honest person say that "YO" is solving a difficult problem?  -A- problem?