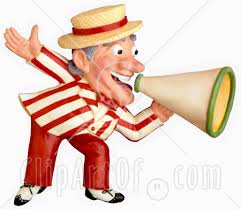 The words of the Roman poet Juvenal from 2000 years ago came to me as I read of the planned expulsion of wrestling from the coming Olympic games.

Ironic, of course, that an actual circus spurred my recollection.

The IOC has announced that, in principle, it is ready to retire wrestling, apparently having decided that the sport is less compelling than the Bizarro runner-up, modern pentathlon, which was considered for the ax, but ultimately survived.

I know virtually nothing about wrestling, and don't really pay much attention to the Olympics aside from the swimming (I was a swimmer back in school at a time in the past, although not as far back as Juvenal).

But this decision strikes me as yet another step in the general degradation of western "culture."

Wrestling - an ancient sport that took place at the original Olympics in Greece - is just not, apparently, amenable to modern times.  It requires skill, patience, technical expertise, and demands of its viewers some level of understanding an sophistication.

In short, it doesn't attract eyeballs on television.  Compared to things like beach volleyball.

Sport is itself becoming cruder; more brutish.  A spectacle.  Just like, in my opinion, television, movies, and music.

As a case in point, consider the decline of baseball vs. the ascent of basketball, and in particular, the modern spectacle of an NBA event.  Now, a professional basketball player requires a very, very high level of skill and practice.  But over the past twenty years, significant elements of the game have changed, where it is now increasingly a contest of pure, brute force and speed.

In my lifetime, the "slam dunk" was actually proscribed in the NBA and in college games.  Now, the slam dunk contest is perhaps the highlight of the NBA All Star weekend.  Being able to run and jump have always been central, but I think that their premium has *never* been at such a high-water mark as it is now.

These are raw abilities, not 'skills.'

The games themselves are equally less about the play - the arenas are surrounded by flashing, distracting lights.  The fans are "entertained" with an almost endless cacophony of noises - simulated "music," exhortations to chant.  Drum beats.  The players themselves now hawk clothing lines, fragrances, and quixotic music sidelines.

Baseball - a game of more measured skill - has tried to ape this phenomenon with "thunder sticks" and flashing scoreboards.  Its introduced its own sideshow - the home run contest - with limited success.  Its appeal continues to slide.

I'm sad, but not disappointed, to see wrestling dumped by the Olympics.