Scars Are Souvenirs You Never Lose

Over dinner last night, I was having a conversation with my wife about a family friend. The friend, not unlike us (and you, I suspect) is fond of posting images on social media. The pictures show smiling faces, fun in the sun. A nice meal. A fantastic sunset.

Many people today are talking as well about the scene of Academy Award-nominated actor Bradley Cooper exchanging a silent but loving look with "Lady Ga Ga", his co-star from the recent movie remake of A Star Is Born. Of course, Cooper and "Ga Ga" are professional actors, and they are paid to feign emotion. And quite skilful at it.

I remarked to my wife, people on Facebook, Instagram, and other social media project a certain idealized image of the life that they wish that they had.

This is not to say that they are not happy. It does not mean the emotion in the photos is false. But images online capture the soft light that shines into our lives. What is missing from our digital footprints is the shadows that fall on us all.

How are our actual lives stacked up against the way we want the world to see them?

Several years ago, there was a film released called One Hour Photo. For those who came of age in the era of digital photography, in the olden days (like, pre-2005), people took pictures using cameras with actual film in them. The rolls were taken to drug stores or to speciality photo printing shops to be printed. You dropped the roll of film and a couple of days later, went to retrieve the prints.

For an additional fee, you could get them back, as the title indicated, in one hour - a rush job.

I think most of the PhotoMats of my youth are long gone.

In an odd, against-type casting, Robin Williams played a character named Sy Parrish, who worked developing other people’s pictures. The movie opens with a soliloquy by Parrish:


Family photos depict smiling faces... births, weddings, holidays, children's birthday parties. People take pictures of the happy moments in their lives. Someone looking through our photo album would conclude that we had led a joyous, leisurely existence free of tragedy. No one ever takes a photograph of something they want to forget.

I liked the movie, though it comes to rather an unhappy and surprising end. But this observation has stayed with me since then.

“No one ever takes a photograph of something they want to forget.”

Therein lies your answer. No one is as happy as they appear in their on-line world.

That is the ugly truth of life.

Today is the 13th of February, which for those who know me, means that the odometer today clicks another digit over. Any one year is not significantly different from the last, but after a few revolutions, the chassis has picked up more than a few miles.

This year (49) is not a mile-stone year by any stretch. 49 is not even a prime number, so it's just another footnote in the stats almanac and not "black ink" as baseball writer Bill James liked to say.

It's today a rainy, stormy day here in San Francisco (speaking of 49ers). It reminds me a bit of my 30th birthday, which (incredibly) is now nearly two decades ago.

I turned 30 in the year 2000, which made it especially auspicious. Remember the Y2K scare? How silly we all felt when really, nothing happened?

That February, like this one, saw a lot of rain. The Bay Area is close to a desert in terms of annual rainfall, but we do get between 15 and 20 inches of rain in a year. But that rainfall is packed into a couple of months of the winter. For eight or so months per year, we typically do not even get a cloud in the sky, fog excepted.

I remember how wet it was in 2000. I remember more than that that my mother was visiting me. At the time, I was living in San Jose, California, in a sub-division called "Naglee Park." For my 30th birthday, I took the day off. My mother and I spent the middle part of the day getting lunch and then at the Municipal Rose Garden, just west of downtown. The Rose Garden is a beautiful park in central San Jose, with crushed gravel parkways, some sculptures and topiaries, and of course, rows and rows of roses.

It's the sort of place you might expect in a European city more than the self-described "Capital of Silicon Valley."

It was rather a stormy week (much like today), and in fact, it began to sprinkle. So we went to the Valley Fair shopping centre nearby for some shelter. My mother got me a Tiffany glass mission-style table lamp as a Christmas present before we headed home.

For dinner, my mother prepared my favourite meal - a recipe of oven barbecued pork spare ribs. She and I - and my dog Rowan - shared a birthday dinner.

I'm soon heading home from work, and that same menu is on for tonight. I'll share it with my wife and son. My dog Eiffel will get a bone if he behaves as well.

I still have that Tiffany lamp; it's on the dresser in my bedroom. I think about my 30th birthday when I see it each night. 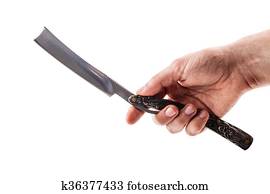 A lot of noise the past few days about a pretty quotidien item. The Gilette corporation last week unveiled an ad campaign that sought to ride along with the zeitgeist of the US.

Essentially, playing on the old tag line that the company's razor's were "the best a man can get," the piece opens with a series of men looking into the mirror, and asking if this really is the best we can do.

What follows is approximately two minutes of images of bullying, caddish and demeaning behaviour towards women, and a host of other less than stellar examples.

The spot has drawn a lot of criticism for its suggestion of what constitutes "toxic masculinity," much of it from people whom I would typically consider fellow travellers.

Up-front, I want to say that I find the term "toxic masculinity" equal parts trite, cliched, and false. There is nothing specifically "masculine" about bullying, as anyone who has seen the way girls emotionally torture one another as adolescents. And the same ad that points to cartoonish laughs of an old sit-com where the boss pinches the bottom of his secretary does not go on to talk at all about the staple in sit-coms of dad being basically a useless fool who does not know not to put ice cream in the microwave.

Both of these are outdated tropes that lazy Hollywood writers used in lieu of creativity for decades.

But setting aside the politics of the terminology, I have to say that what actually is in the ads is remarkably uncontroversial, isn't it? Who would argue that we can - and should - be better?

And what they are really showing here (again, cliches to the side) is bullying and how we facilitate it. Not "men," but all of us as a society. The image of kid, perceived by his peers to be weak,  targeted and chased by a wolfpack.

I've written before here and here about what I have seen, both as a kid and a parent. I hate bullying. I find it, among the pantheon of vices, perhaps the most despicable.

The Chinese have an expression, 弱肉強食. It means, the weak are meat, the strong eat.

I believe now as I did then, that we live in a society that likes to pretend that it is more refined than it really is. We believe that, if some bad guy tries to break into our house, the cops will get him. Or that white collar crooks who game the system can be constrained by ever more “regulation.” For all of our rules and our therapists and our technological wonders, we are not so removed from what we have always been - human beings are tribal, violent creatures who over millennia have evolved skills to kill or be killed.

We live in a world of predators and prey. Kids can sense this.
The ad shows in each situation that small eyes watch and see. They observe how we act. What we are, they become.

It's politically expedient today to talk in silly buzzwords about toxic masculinity and privilege. But ultimately, what is being said is that we can do better. I don't have any problem with that.

We must do better.

2018 is now officially in the books. The holidays are over. We've tossed out the final page of the old calendar, and now have 12 fresh, new pages to confront us.

I am not one for resolutions; at this point, I have come to a sort of detente with time. Each year is, despite my best efforts, likely to be very similar to the one that just concluded, and ultimately, time is going to win anyways.

One thing that has changed - on the final day of the year, I went to have a new prescription for my glasses made. My last visit to the optometrist was in the end of 2016, so it was time. Like time, I am fighting a gradually losing battle with my vision, and thus, the glasses I got in December of 2016 are no longer up to the task. I could no longer read my monitor at work.

Worse still, my vision has now got to the point where I simply am unable to read anything in less than 20 point type unless I hold the thing an arm's length away. This does not work in restaurants (two weeks ago, I ordered a pizza on-line using my phone, and even with the help of my 13 year old to read what the options were, wound up with a mushroom and onion rather than a pepperoni pizza).

I now sleep with my eyeglasses on the table next to the bed in case I get a call or message overnight.

The exam went OK. I got my new prescription. Once again, I can see more or less clearly as I type these words.

Joy of joy, the doctor informed me that I have just the slightest onset of cataracts in both eyes.

It's really nothing she said. Hardly even there. Barely noticeable.

But it partially explains how my vision is now markedly worse than it was just two years ago, especially in dim light.

This is the first, real incidence of an old man ailment that I've experienced, and I'm not sure what to make of it.

Ultimately, I know that they will need to be dealt with. Not in the next couple of years, but ultimately.

Of course, I know that ultimately, we all face a grimmer future than cataract surgery. As Keynes pointed out, in the long run, we're all dead.

But cataracts? I didn't see that coming. Not even with my new glasses.