Just What Do You Think You're Doing, Dave? 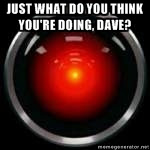 I've recently returned home after two weeks in Paris, the trip itself a quasi-homecoming of sorts. Our family spent the past couple of years living in la ville de lumière, and thus we decided to use summer holidays to visit our old haunts (and in the case of my wife and ten year old son, old friends).

Two days before I joined my family, who had gone to France in middle June, there was another terrible incident in the south of France - in Nice - where an individual, for reasons as yet not completely clear, drove a box truck into a crowd of people celebrating the Fête Nationale, killing scores and injuring a couple of hundred more.

(Aside - not sure that a real reason will ever be found. Turning to the wisdom of President Mufflin from Doctor Strangelove, - "there is nothing to figure out. This man is obviously psychotic.")

In the course of our time in Paris and then immediately thereafter, there has been a series of frightening events - the assassination of a handful of cartoonists, bombings in a theatre. Just a week or so ago, yet another incident, as a man with a knife savagely attacked and killed a priest saying mass in Normandy.

All of this has the French (understandably) at sixes and sevens trying to reckon out how to react. But one reaction in Europe (and I suppose, soon to debut in the US) is the omnipresence of closed circuit cameras. It's only a slight exaggeration to say that, in Paris, as soon as you step outside your door, you are being watched.  Well, maybe not you, and maybe not for long, but on buses, public streets, parks, there are signs warning:

I'm not one given to paranoia; not casually anyways. But here on the cusp of Silicon Valley, we are reminded constantly of the power of "big data." Adverts call out of the marvels of the cloud and distributed computing. We are reminded of how much more number crunching and analysis (and storage) are available.

What is happening with all of the countless hours of faces and actions being "filmé" in Paris and elsewhere?

I read today that work progresses on facial recognition software. In Russia, allegedly, there is a new app called FindFace, which boasts the ability to identify, with 70 per cent accuracy, images of faces captured in a crowd.

Think about that: use your iPhone. Snap a quick, surreptitious photo of anyone, anywhere. With better than a two in three chance, you can identify a complete stranger.

The number of places where we can hide are, indeed, shrinking.

I suspect that that 70% figure, with omnipresent mechanical eyes capturing faces round the clock, is going to grow. With additional data, additional resolution, additional, raw computing power, it has to. 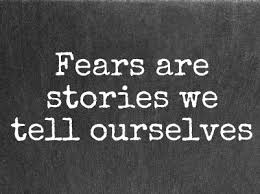 Ironically, on one of the sunny afternoons, we decided to pass the time at Paris Plages, an event each summer run by the city, in which the beaches of the Côte d'Azur are trucked in to the banks of the Seine for those who cannot go to the sand. A friend who went with us was discussing how her computer had had a crash, wiping out several years of photographs. Hoping to recover what remained (no: she had not backed up her data, a mistake that we all have to make.  Once), she took her hard drive for an attempt to rescue what memories remained in the ashes of the meltdown.

To her astonishment, what had been 2,000 raw images captured with her iPhone, had, through what in my youth was described as "Wozniak Whimsy" - little, odd features that the real genius of the Apple dynamic duo created - magically become 6,000 files.

The answer was that, apparently, amongst the "features" of your iPhone is a sort of facial isolation software. She explained that when the image software identifies what it thinks are faces in a picture, each is isolated and stored into a separate file. Now, I cannot corroborate this, but this individual has even less computer savvy than I do, so I find it unlikely that the story was made up whole cloth.

So, apparently, unbeknownst to many, these phantom images are being captured and stored.

I don't think that, necessarily, there is some malign plot - FaceBook, for example, can "identify" faces in images for you to help you "tag" friends. But the confluence of AI, facial recognition, and cameras almost literally everywhere?

It reminds me of the old maths problem.

Q: What's the next item in this sequence?