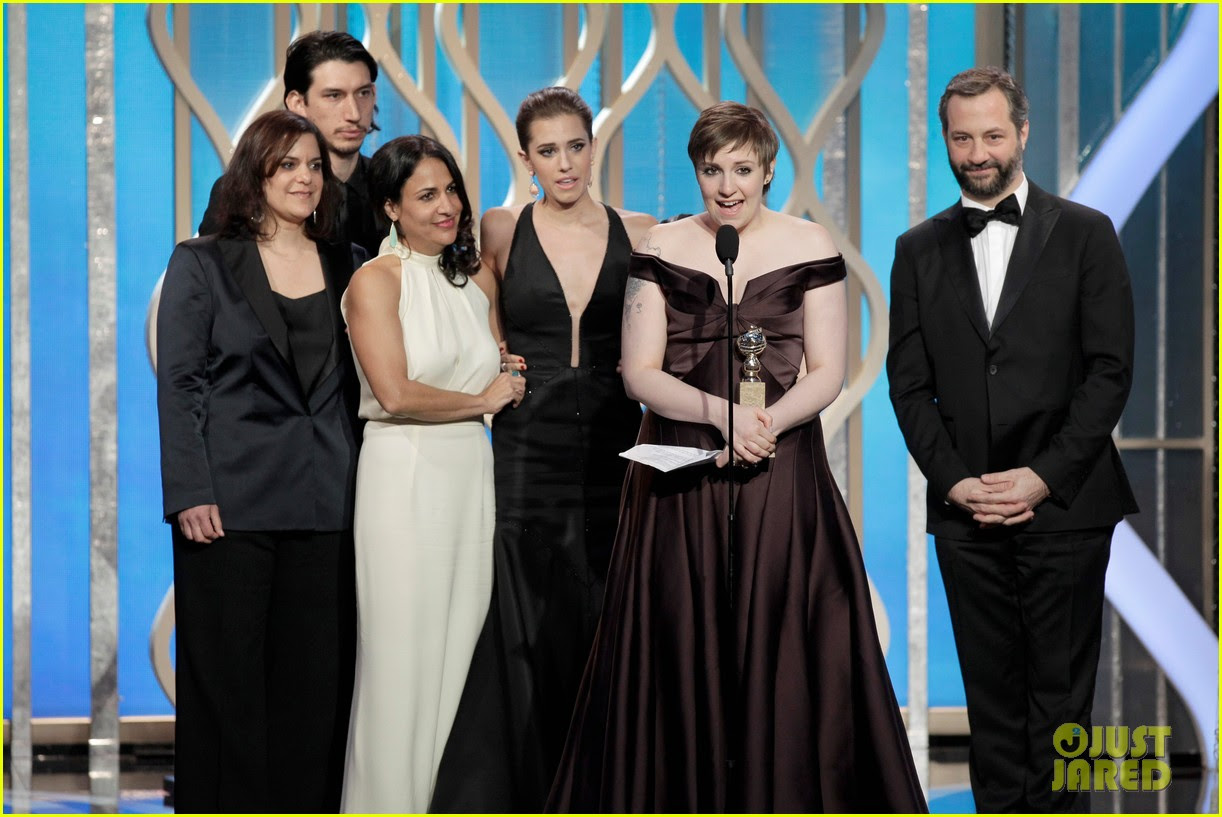 Is You Is, Or Is You Ain't My Baby, with a Modern Twist, Courtesy


of Current Manufactured Flavour of the Month Lena Dunham

It may seem an odd comparison to put the now painfully racist image of actor Lincoln Perry - better known as the self-described "Laziest Man in the World" Stepin Fetchit - next to the currently uber-hip actress Lena Dunham, writer and star from the uber-hyped HBO show "Girls.  But a recent column by writer and classics professor Victor Davis Hanson more or less does just that.

Perry made an enormous amount of money 80 years ago - allegedly becoming the first black entertainer to make a million dollars - playing to white stereotypes.  He got rich at, arguably, the expense of other black people of whom ugly stereotypes were re-enforced on the screen.

Well, Dunham and other hipsters have similarly traded on their fame to push forward the meme that the modern, re-distributionist Democratic party is the party of the young, when in fact, the policies advocated by President Obama, Senator Harry Ried, and Congresswoman Nancy Pelosi - the latter two decidedly not young or particularly 'hip' - are retrograde to the real interests of young people.

It's true that the Republican Party - called "the Stupid Party" by Gov Bobby Jindal (R-LA), and not without accuracy - take social stands that have frankly been rejected by the young.  On virtually all social issues:  same-sex marriage, gun control, drug decriminalisation, the environment, the Republicans are at odds with young voters.

But Hanson rightly points out that, while these issues are not - and should not - be seen as trivial or unimportant, it's reasonable to ask just how centrally they ought to be placed by young people who are simultaneously being asked to accept a large and growing burden of debt caused largely by IOUs paid to wealthier, older voters and poorer job prospects largely caused by and increasingly difficult regulatory climate and immigration policies that promote the ludicrous idea that what our post-industrial, 21st century, knowledge-based economy needs to be competitive is a continuous flow of poor, uneducated high school dropouts.

(T)he new liberalism in all its economic manifestations is reactionary and anti-youth to the core. The administration seems aware of the potential paradoxes in this reverse “What’s the matter with Kansas?” syndrome of young people voting against their economic interests. Thus follows the constant courting of the hip and cool Beyoncé, Jay-Z, Lena Dunham, Occupy Wall Streeters, and others who blend pop culture, sex, youth, energy, and fad — almost anything to avoid the truth that today’s teenagers are starting out each owing a lifetime share of the national debt amounting to more than three-quarters of a million dollars. Those who ran up the debt enjoyed the borrowing, but won’t be around to pay back their proverbial fair share.

Dunham et al, from their comfortable sinecures are lending their cache to politicians who are essentially mortgaging the future of the very people they portray on stage and screen, for amounts of money that would make the collective heads of "the 99 per cent" explode.

My question is, at some point, these self-deluded consumers of political bunkum will wake up and smell the over-priced latte.  Won't they?

I think this is an interesting perspective. The critical question is asked in the VDH article--essentially, what is the proper tradeoff between voting for one's economic interests and voting for one's sense of right and wrong (same-sex marriage, the environment, gun control, etc.). Many young people are perhaps ignoring economics, but when you have a political party that is directly inimical to your sense of right and wrong, it may be that there is no looking past that. In point of fact, there are many people who are for both less government spending and also a more tolerant and less beholden-to-religion culture. The two party system is forcing a false choice given the way the two parties fall on social and economic issues. It is hard to see the Democrats changing their ways on economics. Sooner or later, I believe the Republican Party will wake up to the reality they face and stop alienating a large portion of the electorate with their social policies.

Yes, and quite right.

Up to a point.

I agree that many people see issues like same-sex marriage or gun control not as bread and butter issues, but instead, as moral questions. Especially younger voters. For them, of course, the moral imperative can and will over-ride a more realpolitik view.

That having been said, I would offer the following.

First, the actual difference in policy between the Democrats and the Republicans on, say, same-sex marriage is not nearly as wide a gulf as the media would have you believe. What was the functional difference in 2008 between McCain and Obama on this issue? Mr Obama was *VERY* late to the party on this, with his waffling equanimity about how he "evolved" to his position with the (IMHO) risible argument that his 12 year old daughter convinced him.

The other is, a lot of the differences are driven not by fact, but rather, on packaging. There is a narrative here (and people like Dunham and others are being used, willingly to drive it), that the Democrats are the "hip" party who are a natural fit for younger voters due to inflated differences on wedge social issues. And I continue to see the "War on Women" as a totally phony, manufactured issue. We probably disagree, but I just fail to see how forcing an elite legal university to provide "free" birth control pills to a 30 year old student is somehow an attempt to put chains on millions of middle-class women.

In the end, you're right that the GoP will need to moderate some of their social policies. I think that as we speak, same-sex marriage is losing its talismanic powers as more Republicans (Ohio's Rob Portman most recently, but also Laura Bush and even the Devil Himself - Dick Cheney) come out, so to speak.